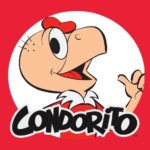 Or rather, who am I? You will surely meet my partners on site, the "banda". For the moment I will start by introducing myself.

My name is Olivier, but in Mexico, where it is customary to have a nickname, they call me “Condorito” (little condor). He is a Chilean comic character, well known in Latin America. It is true that there is a family resemblance.

After having scoured the South of Europe and Morocco, I went several times, to Nepal, South Africa, Colombia and Brazil ...

Despite my experience, I too know what it's like to arrive at a new site, at the end of the world alone and unassisted ... "just in case".

Already you have to find the site and be able to access it, without having to leave the car for take-off, or walk for hours! And once we take off, where is the landing? Each site is different, with its own aerology, and its associated risks if we are not careful.

In the end, it spoils the pleasure of flying for you, which you cut short when you don't give it up. I imagine that reminds you of something.

The site of Valle de Bravo, in Mexico, is apart: an “El Dorado” still preserved, which ticks all the boxes:

This spot is unfortunately well unknown to French paragliders. It needs to change ! I spend all winter there, so I think I can say I know him. More than 130 hours and 1600 kilometers of flight this winter.

I could therefore tell you when to take off, where to go, to tame this site, and optimize your flight day, depending on the conditions, your expectations and above all your level. And of course, I couldn't help but give you some advice, debrief the flight ...

Contrary to what I have seen in many places (even in Europe for that matter), where people who are not always qualified call themselves “paragliding guide” overnight, I am paragliding instructor (FFVL).

I work at Grands Espaces paragliding school in Annecy during the season in France, and for a few years I have been flying in the winter Mexico.

I am moreover the only French instructor authorized by the local club to supervise groups there, and I suggest you make you discover it… in safety.

Also APPI instructor, it allows me to teach paragliding and do tandem flights, as it is a prerequisite on this site.

Of course, I speak English and Spanish fluently, can act as a translator, or give you an introductory course to mexican slangAnd I will not forget to share with you my good tips on the surroundings, and to tell you some anecdotes about the heritage of this country rich in culture and history.

See you under the cumulus cloud! 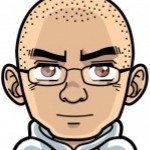 Optimize flights, without worrying about stewardship. A la carte format!

Take advantage of the expertise and experience of a French instructor who lives on site, to fly in security.

Thanks to a exceptional climate, this winter in Mexico you will be flying every day. Who can say the same?

Join us. Choose your dates to block your week (limited number of places). Josh McVeigh
12:47 28 Jan 22
Had a wonderful time on a tandem flight with Olivier during our trip to Valle de Bravo this winter. I am a pilot myself, but I was feeling under the weather on this trip due to a “don’t drink the water” incident. I couldn’t bear to be in such a beautiful place and not fly. I’m glad I did- Valle is incredible and the views are fantastic! Olivier is a great and safe pilot as well as a very friendly guy. I really enjoyed the tour out and around the piñon and look forward to my next visit! If you’re thinking about a ride in the sky, or you’re a pilot looking for some guidance/ introduction to Valle, try parapent-mexico.

Taylor Rice
16:41 10 Dec 20
Olivier and I shared a wonderful 3 hour XC adventure all around Valle de Bravo. We launched together at el Peñon and made quick work towards the walls. Before I knew it I was at cloudbase and we made the transition over to the "3 kings" and continued our journey down the divisadero ridge. We chatted on radio which took away some of my apprehension of being in unfamiliar terrain. As we made our way back from the end of the ridge towards the 3 kings I started having more trouble staying up (fighting a headwind, less lift, lower cloudbase etc.). I really had to fight to stay in the broken thermals. Although I had loss track of Olivier at this point, he had not lost track of me! He came on the radio with words of encouragement, "stick with it Taylor! You got this!". As I continued my turns in the thermal I could see Olivier above me showing me where the thermals were drifting. He continued to climb higher and higher showing me the invisible path of lift that would bring me back to the clouds. We continued to climb together (him always slightly infront showing me the way) as we let the thermals drift us deeper and deeper over the mesa. I pointed my glider towards Valle de Bravo and as I soared past cerro gordo I knew I was going to make it! Olivier at this point was around 1000 feet below me, as instead of heading straight for the safety of Valle, he waited around cerro gordo to make sure that I was going to be ok and that I would make it there. I came on radio excited that I was going to make it to the lake and apologized for making him wait around. He said, "don't worry about me, I will make it work" and he did. We both landed at the lake LZ in Valle de bravo having just flown more than 50 miles all around the surrounding mountains and valleys. Sufficiently stoked and mentally exhausted, we shared a beer and enjoyed the sun and the breeze. This was the best flight of my life and Olivier helped make it possible. 10/10 would do it again.
‹
›

It is currently not possible to book due to Covid-19 ...
Leave us your email, and we'll keep you posted: